It’s been a long time since I’ve blogged. Life has been so crazy. I just now feel like things are settling down. We are starting to get into a routine with therapies, doctor appointments, and other commitments. Mason still has a lot of doctor appointments and on top of that, we added two therapies- a second speech therapy that focuses on oral motor and a feeding therapy to help with some feeding issues Mason has. That’s a total of 6 therapies a week! Although life is busy, we are enjoying the “normalcy” of it and most of all, we are enjoying our super energetic, healthy boy!

When I last blogged, we had an open heart surgery date of August 27th. That got pushed back because it turned out that Dr. Turrentine, Mason’s cardiothoracic surgeon, was out of the country repairing children’s hearts in Jordan. This extra time before surgery allowed us to take a much enjoyed, much needed, family vacation to Florida! Mason loved the beach and relaxing in the pool that overlooked the ocean! 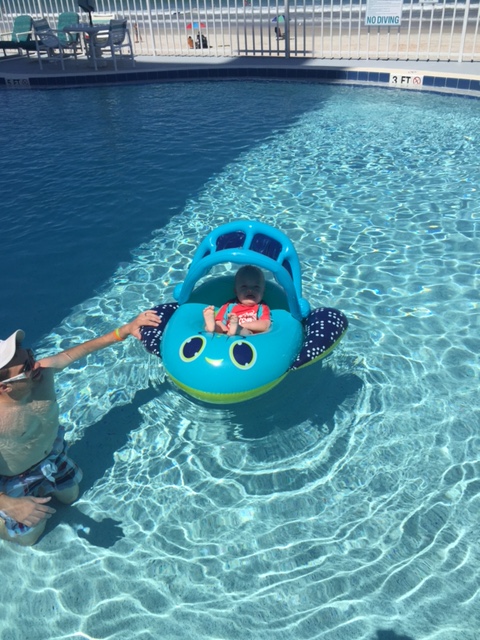 On September 10, 2015, Mason underwent his second open heart surgery. Although this surgery was less complicated than the first, we knew how hard open heart surgery was on the body, and how tough recovery would be. Reflecting back on that day, I remember most the outpouring of love and support we received. During the long surgery, we were surrounded by family and friends. We received many words of encouragement and prayers through facebook, text messages, and phone calls. All of this was such a blessing as it helped calm our nerves and pass the time as we waited for Mason to get out of surgery.

The surgery went well and the surgeon let us know what he thought the cause of this VSD (hole) that he repaired was. When he opened Mason up and looked at his heart, he could see the patch that he did from Mason’s first open heart surgery. The patch was perfectly in tact, but part of the tissue of the heart had pulled away from the sutures. The surgeon explained that when poison (chemo) is pumped into the body, it weakens the tissue. The tissue in Mason’s heart became to weak to hold on to the patch, therefore it pulled away causing a large VSD. The surgeon then went on to explain that he put an over sized patch over the hole and double sutured it. This patch should hold, especially now that Mason is done receiving chemo, making this his LAST open heart surgery!

Mason was able to breath on his own with some oxygen after surgery, so he was able to be extubated in the OR. When we were finally able to see him, he was slightly awake.

This was a drastic change from his previous open heart surgery where Mason was still intubated, and therefore was fully sedated. Because Mason was breathing on his own, he couldn’t be fully sedated. He was in a lot of pain and very agitated. The next few days, Mason didn’t sleep and was inconsolable. The heavy pain medicines made him very itchy. He scratched his face up so much, and even with socks over his hands, he still made his face bleed. He ended up having to have his arms restrained.

At different points of the days and nights, we tried holding him, singing to him, playing music for him, putting him in different positions, etc. to try and calm him down and rest. Nothing seemed to work. He was miserable. We were very thankful for my mom, dad, and Tim’s mom who spent their days at the hospital, helping us try and console Mason. 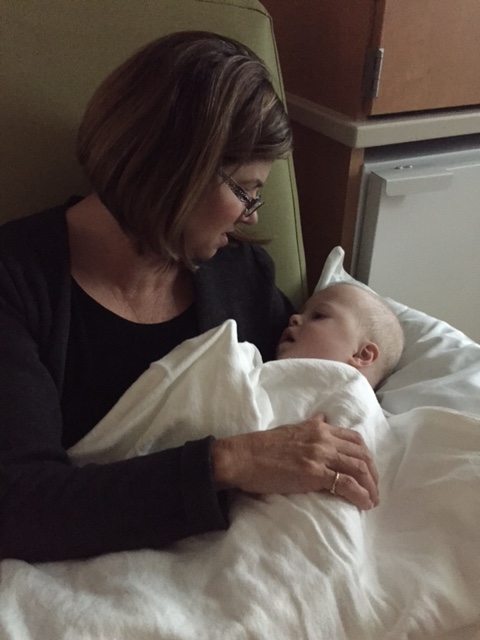 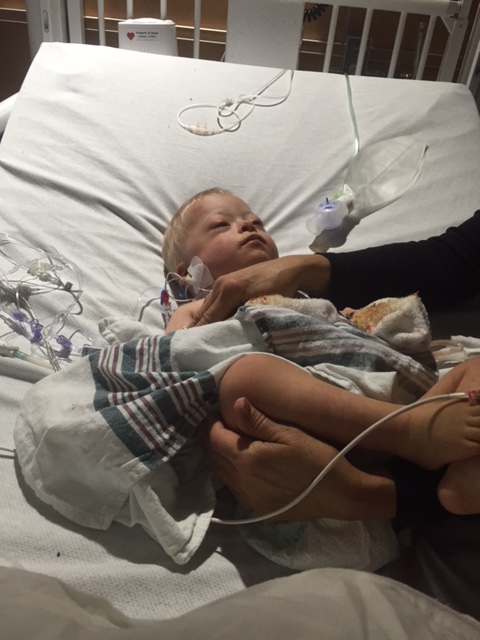 Finally, on day 3, the surgeon gave the okay for his three chest tubes to be taken out. One day 4, they started weaning Mason off all heavy pain medications. This helped with Mason’s pain and agitation, and allowed him to finally get some rest.

Despite Mason’s tough recovery with pain and agitation, physically he was healing very well! On day five, Mason turned a corner, and was back to his usual self. He was playful and ready to move! He even crawled around the hospital room even though he had an IV in his hand and was attached to an IV pole! He showed the surgeon he was ready to go home and thankfully the surgeon agreed! On September 15, we went home! 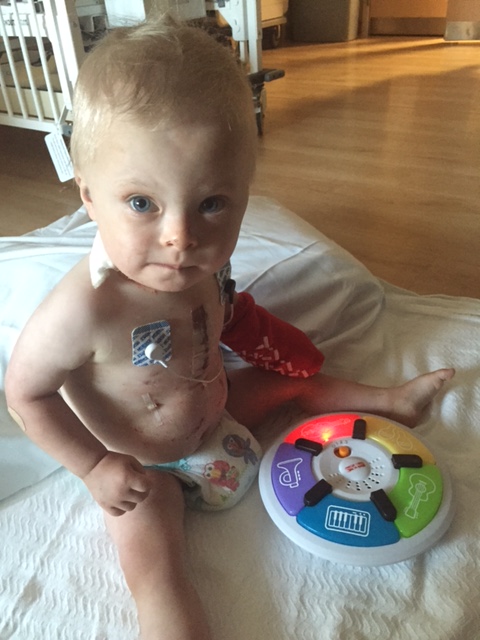 We had no idea how healthy our little boy was and how much he was going to take off with a repaired heart. We did have one more bump in the road though. A hernia was discovered a few weeks after surgery. Mason’s general surgeon said that it either could have happened during open heart surgery, or it could have been there since birth and was just now presenting symptoms. Either way, he needed yet another surgery to repair this hernia.

On November 2nd, 2015, Mason underwent surgery to repair his hernia. This was almost a year to the day of his first open heart surgery which was on November 3rd, 2014. This was also his sixth surgery within that year.

The surgery was short, successful, and had a fairly quick recovery. For the first time in a year, we were finally at a point where Mason had no major medical issues on the horizon.

Mason has completely taken off now that he is healthy. He is like a whole different child. He’s a ball of energy, a trouble maker, and has so much personality coming out.

It’s been a joy beyond words seeing him grow leaps and bounds and meet new milestones. He’s now pulling up to stand on furniture and his activity tables, crawling up the stairs, and walking behind a walker! 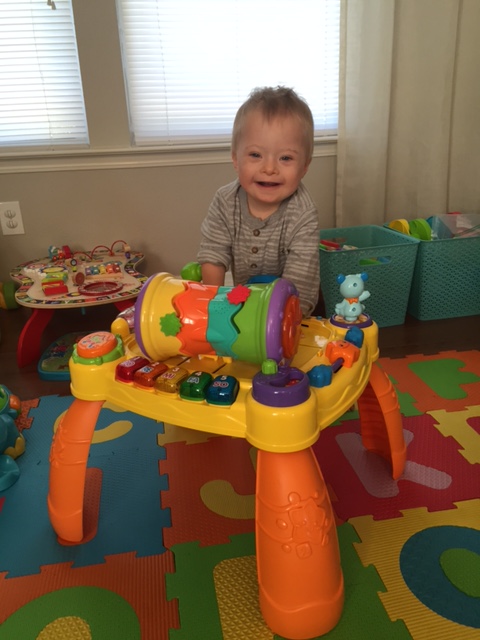 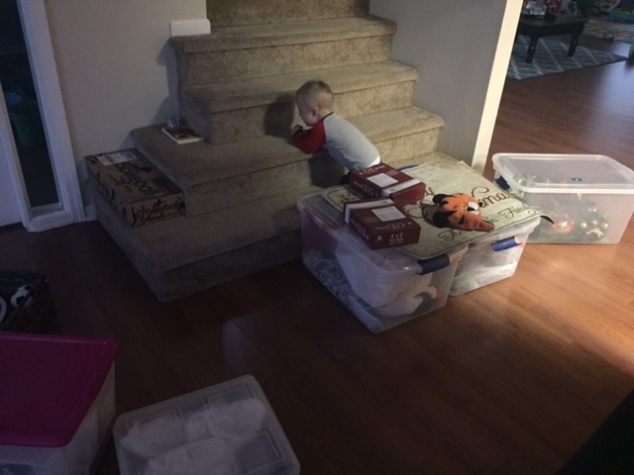 We can’t wait to see what this next year holds for this healthy and amazing little boy!